Tourism in the Region of Murcia

The region of Murcia retains innumerable vestiges of the past, making it an ideal meeting-point where History and tradition have been instilled with new life and placed at the visitor’s disposal.

This ample historical, artistic, architectural and cultural heritage can be contemplated and admired in a diversity of natural settings: in the actual locations where the monuments themselves were erected, or within the thematic spaces provided by the Region’s complete network of museums.

The main cultural centres in the Region are Murcia, Cartagena, Lorca and Caravaca de la Cruz, being the Roman Theatre of Cartagena the most visited monument of the Region.

Caravaca de la Cruz is a city located in a border enclave between Murcia and Granada. A town built around its castle.

The main monument of this Northwestern town is the Sanctuary of Vera Cruz, a construction that stands out for its luxurious red marble cover from Cehegín. It is one of the 5 Holy Cities of the world, where in 2010 was held the Jubilee Year, being destination for many pilgrims and faithful.

The city is also known for the festival “horses of wine”, commemorating an ancient legend, where horses richly caparisoned get on the steep slopes of the Castle.

Caravaca is also a privileged enclave for rural and active tourism, with numerous activities that allow the contact with nature, ranging from hiking to horseback riding.

Murcia is a city of great craft tradition as well as university center on the shores of the Segura river. It was founded by Muslims in 825, after completing the irrigation system of the fertile orchard that surrounds it.

The center of the modern city is La Glorieta, a square of the eighteenth century. The pedestrian street Traperia, linking the cathedral with the old market (now Plaza de Santo Domingo), is the main artery of the city. Here you will find the Casino, founded in 1847 in a very eclectic style representing the local bourgeoisie ,and which can be accessed by an Arabic Style courtyard that mimics the royal apartments of the Alhambra and the Alcázar of Seville.

Murcia is also an important center of great university tradition since it was founded the first university in 1272. Within its historical and artistic heritage stand out its famous cathedral, with a baroque facade and mainly Gothic interior, the famed Casino with sumptuous interior; the dense sculptural heritage of Francisco Salzillo, and a large set of Baroque buildings.

In the cultural sphere it is known for its rich folklore, especially attractive during the Spring Festival, and the religiuos processions of Easter, declared of International Tourist Interest.

Lorca, whose urban center was declared a historic-artistic site in 1964, is known as the Baroque town. Noteworthy is the column Miliaria, the Porch of San Antonio, Guevara Palace and the Plaza de España, examples of the artistic heritage of the city, also known as Sun City.

Easter Lorquina declared of International Tourist Interest, is characterized by the fervor of whites and blues, and its valuable silk and gold embroidery, some of them declared Goods of Cultural Interest.

Lorca “Taller del Tiempo”, presents the Interpretation Center in the restored Convento de la Merced to get to know many evidences of Lorca being border site during the Muslim and Christian period and that made the city one of the most important historic centers of eastern Spain. His Castle, of impressive presence, has been converted into a thematic space, called Fortaleza del Sol.

Lorca is undoubtedly a must and you cannot miss.

Cartagena is a city with a glorious historical past, being its greatest expression the Roman Theatre of the first century currently restored. Its heritage and cultural wealth is enlarged by the ruins of the Punic Wall that offers an interpretation center for visitors.

The city also has a military trace that brings us back to medieval times with the Castillo de la Concepción. The local festivals such as Easter processions and the commemoration of the Second Punic War and the Carthaginians and Romans festival in September are also very famous.

The festive offer of the city is complemented by “La Mar de Músicas”, a festival of Musics of the World held in July. In addition, Cartagena offers a variety of museums that turn this city into a first class cultural destination.

Cartagena also has an extremely beautiful littoral including the beaches of Cala Cortina and Portús, together with the famous beaches of La Manga. 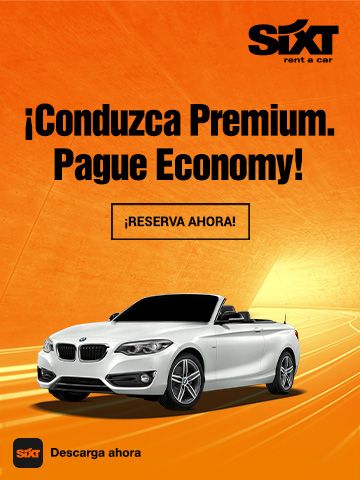 We use cookies to enhance your experience on the web

Let us analyze the use of the web to improve performance.

The use outside companies to publish ads relevant to their interests.

It is required for the proper functioning of the web.